Why Do We Need Money? 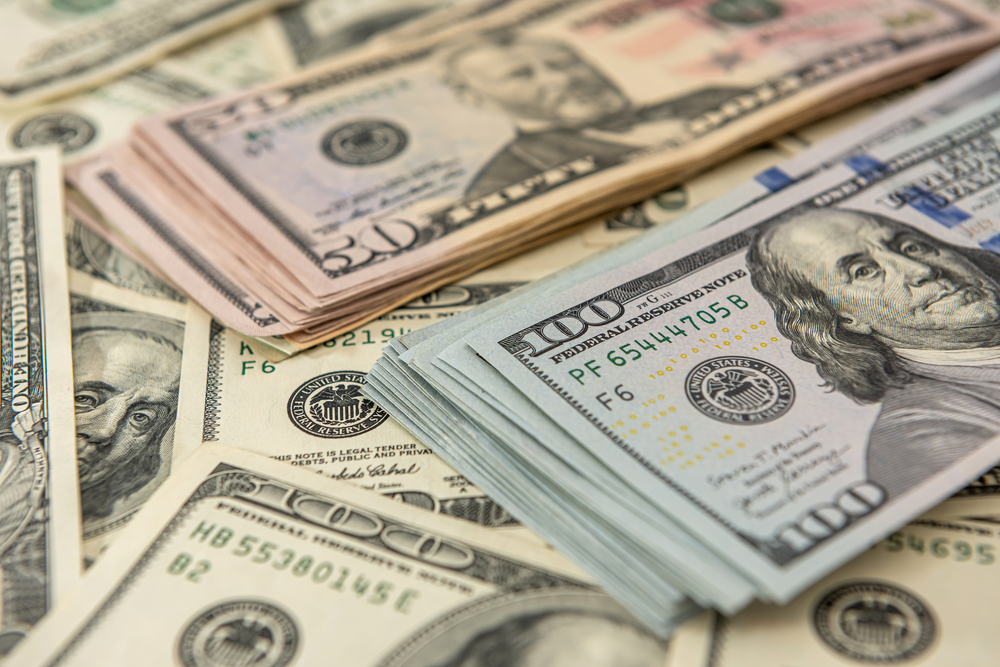 Without money, people satisfy themselves through direct exchange, or bartering.  You have something I want, and I have something you want.  These mutual desires are the double coincidence of wants.  Double coincidence of wants means that in any barter transaction two parties must have coincident desires for what the other has.  For bartering to work, you must be able to exchange one item for another. Indivisibilities refer to items that cannot be broken into smaller pieces.

When I was a child, my friend Tommy traded his Schwinn bicycle with Teddy for a 100-card Topps baseball set.  The Topps set had 90 players playing in the big leagues and 10 rookies making their debut.  I had half the 90 players and none of the rookies in my own collection.  Tommy’s parents scolded him for trading away the bike they bought for his birthday.  I had an extra Schwinn.  Tommy asked if he could trade the card set to me for my extra bicycle.  Tommy thought it was a fair trade since he made the same exchange with Teddy.  It made sense to me as well.  The problem was I did not need the whole 100-card set; I only wanted half.  I couldn’t take my bike, divide it in two, and give part of it to Tommy.  He wanted the whole bike.

While Tommy and I had a double coincidence of wants — we both wanted what the other had —we had the problem of indivisibility.  My bike could not be broken into smaller pieces and still be functional.  We solved our problem when Tommy’s parents paid me $20 for my Schwinn and I used the money to buy only the baseball cards I really wanted. Operating in a barter economy presents many limitations that would easily paralyze commerce.  Money and credit are those instruments greasing the wheels of commerce and making economic transactions possible.  Tommy’s parents bartered money for another economic good, the Schwinn.

Money is the mechanism that addresses the limitation of double coincidence of wants and indivisibilities.  It addresses the double coincidence of wants since an individual need not worry about what the other party desires.  Likewise, the divisibility of money removes the barrier of having to consider subdividing an item where it is not feasible to do so — trying to divide the Schwinn.  Our money is divisible since we have several denominations of paper ($1, $5, $10, $20, $50, $100) and various coins.

In the early stages of an economy, any number of economic goods might be used as money.  Eventually one type of widely available money will displace others.  The shift is progressive until that money becomes the sole medium of exchange.  Once money gets established, it binds isolated markets into a functioning economy.

Everyone must agree to the value of money.  This value can be an actual representation of wealth or government can decree it.  Legal tender is money by government decree — government tells you what it is worth regardless of how much it may be worth.

Isn’t money what you have in your wallet?  What about a checking or savings account?  Do you consider a 401(k) account money?  Is any of this wealth? Is the equity in your home money or wealth?

“Something generally accepted as a medium of exchange, a measure of value, or a means of payment.”

Webster’s dictionary from 1968 says money is,

“Standard pieces of gold, silver, copper, nickel etc. stamped by government authority and used as a medium of exchange and a measure of value.”

The Webster definition from 1968 is vastly different from today’s.  Today’s definition says nothing of gold or silver stamped by government authority.  Why did the definition of money change?  Does it matter?

Is wealth something you possess?  The forty-plus year-old Webster’s text says wealth is “much money or property.”  Adam Smith in his work, The Wealth of Nations, said that wealth was “the annual produce of the land and labour of the society.” Consider wealth an accumulation of economic goods.  Tommy’s bike and my baseball cards were wealth but that did not make us wealthy.

I define money as a medium of exchange, that is a unit of account, something measurable, and a direct store or representation of wealth.  Money is a medium used for the exchange of wealth.  If we use money for the exchange of wealth, it should represent wealth.  Money should also be fungible.  A money unit, whether we’re using gold, silver, or paper is as good as another.  If someone has several one-dollar bills in their wallet, we gladly accept any of them — one is indistinguishable from another.

Using the modern definition of money, bank accounts, 401(k) accounts, and the green bills in your wallet are money or near money.  The equity in your house is not directly money, but a lender can help you turn it into money.  We exchange money for wealth in our economy, but money does not truly represent wealth according to Webster’s 1968 definition.  Modern paper money tells us what our money really is — “legal tender for all debts public and private.”

Most of our economy’s money does not look like the paper in your wallet but is instead represented as electronic entries in banking cyberspace.

History shows us that confidence and wealth backing are the keys for a successful money system.  For most human history, tangible economic goods such as gold, silver, copper, brass, and seashells formed the basis of money.  The initial usage of paper money was likely in China around the time of the Tang dynasty in the ninth century.  The Chinese government thought it prudent to issue this paper to relieve the weight burden of precious metal coin transport.  Though the paper was not sanctioned by government for the payment of debt (i.e. legal tender), people accepted it.  Acceptance continued until the government began to issue more paper money in relation to the existing coin stock.  The government altered the wealth component of the money since there was more paper circulating without an equal amount of coins to back it.

Paper money survived for over 500 years.  In 1455, paper money disappeared and did not reemerge for several hundred years.  The increased issuance of paper money relative to the coin stock was an early example of what we call inflation.  The Chinese government misstep reflects what can happen to the public’s trust in paper with a loss of confidence in the system.

Money in the Americas

In the history of the Americas, economic goods like cacao beans, seashells, and even feathers served as money.   Modern forms of money emerged when Spain introduced its gold and silver coins into the New World.  You could discern the value of a coin by its size.  An eight-unit silver coin was bigger than the four-unit coin and so on.  When regions of the Americas achieved their independence from Spain, they sought to have their own sovereign currency but did not have the means to fabricate coinage.

The solution for a young country like Costa Rica was to take an existing Spanish coin and use a die to stamp a mark over the top of it.  This approach may seem an awkward attempt to create money though it was quite brilliant in two respects.  First, placing a stamp on an existing coin was inexpensive.  Perhaps most importantly, Costa Rica took an already accepted form of money as its own and eliminated any doubt of its legitimacy.  The public had confidence the new currency contained real gold or silver and that government could not simply create it at will.

At one point in the history of the United States, gold and silver coins were money.  For reasons of practicality and safety, people stored coins in depositories issuing redeemable certificates.  The depositories also charged a fee for storage.  The public accepted these certificates as money and they served as payment for goods and services and for repayment of debt.  Whoever presented certificates at the depository was entitled to the stated amount of gold or silver on the certificate.

By issuing more certificates, the depository created no additional wealth — there was just more paper in circulation.  Issuing more money in an economy does not make us wealthier.  The market responds to the additional money through price increases if that excess money circulates.

The depositories represent another misstep with money.  Like the Chinese example, the depositories found an easy way to create inflation.  Their actions paved the way for government and central banks to do the same thing later.  Thus began the pursuit of “something for nothing.”

Money During the War for Independence

During the American Revolutionary War, the Colonies needed vast sums of money to fight the British.  One way of acquiring this money was to raise taxes though the colonists were in no mood for taxation given their beef with the British.  Another method was to create money called the Continental Dollar.  This money was credit extended to the government for buying goods and services.  The colonists provided goods and services to the government to fight the war and government paid them back with Continentals instead of gold or silver.  The Continentals were redeemable for Spanish milled dollars, which was exchangeable for gold.

This association created a false legitimacy for the Continental since the Colonial government told people what a Continental was worth.  Since no additional wealth, in the form of gold, appeared to back the new Continentals, instant inflation occurred.  This was inflation since the supply of Continentals increased relative to Spanish milled dollars.  This is an example of “something for nothing.”

The issuance of Continentals gave the government power to fight a war without having to pay for it directly.  Government transferred the cost of war to the colonists indirectly through inflation.  Throughout history, it has always been politically expedient for government to create money rather than tax its constituents.  The continuation of this misstep carries grave implications today.

The Founding Fathers recognized Gresham’s Law and understood inflation.  Article I Section 10 of the Constitution says,

“No State shall enter into any Treaty, Alliance, or Confederation; grant Letters of Marque and Reprisal; coin Money; emit Bills of Credit; make any Thing but gold and silver Coin a Tender in Payment of Debts; pass any Bill of Attainder, ex post facto Law, or Law impairing the Obligation of Contracts, or grant any Title of Nobility.”

Note the specification of gold and silver coin for the purposes of tender to pay debt!

Money takes the place of bartering in economic transactions. Tommy and I had an economic problem since we were trying to barter with something that was not divisible, a bike.  We solved our problem by replacing our barter goods with money.

For money to replace barter goods, it must have value.  The value can be something like gold that required land and labor to extract and shape it.  Money forms also change over time.  What’s most important is for money to have an explicit value based on effort required to bring it into existence.

Money’s value can also be declared by government decree or fiat.  With fiat money, there is little to no effort required to bring it into existence.  This declaration carries significant economic, social, and political ramifications.

“All money is a matter of belief.”